05 common water leakage, seepages and how to repair & waterproof

When it comes to small problems in the home that can rapidly escalate into major seepage, water damage like seepage or water leakage is a common and oft-ignored one. While it’s easy to think an innocuous leakage in the roof or bathroom tiles isn’t such a big deal, the reality is, over time a small leak can be the start of a much bigger seepage, from mould, to worse. 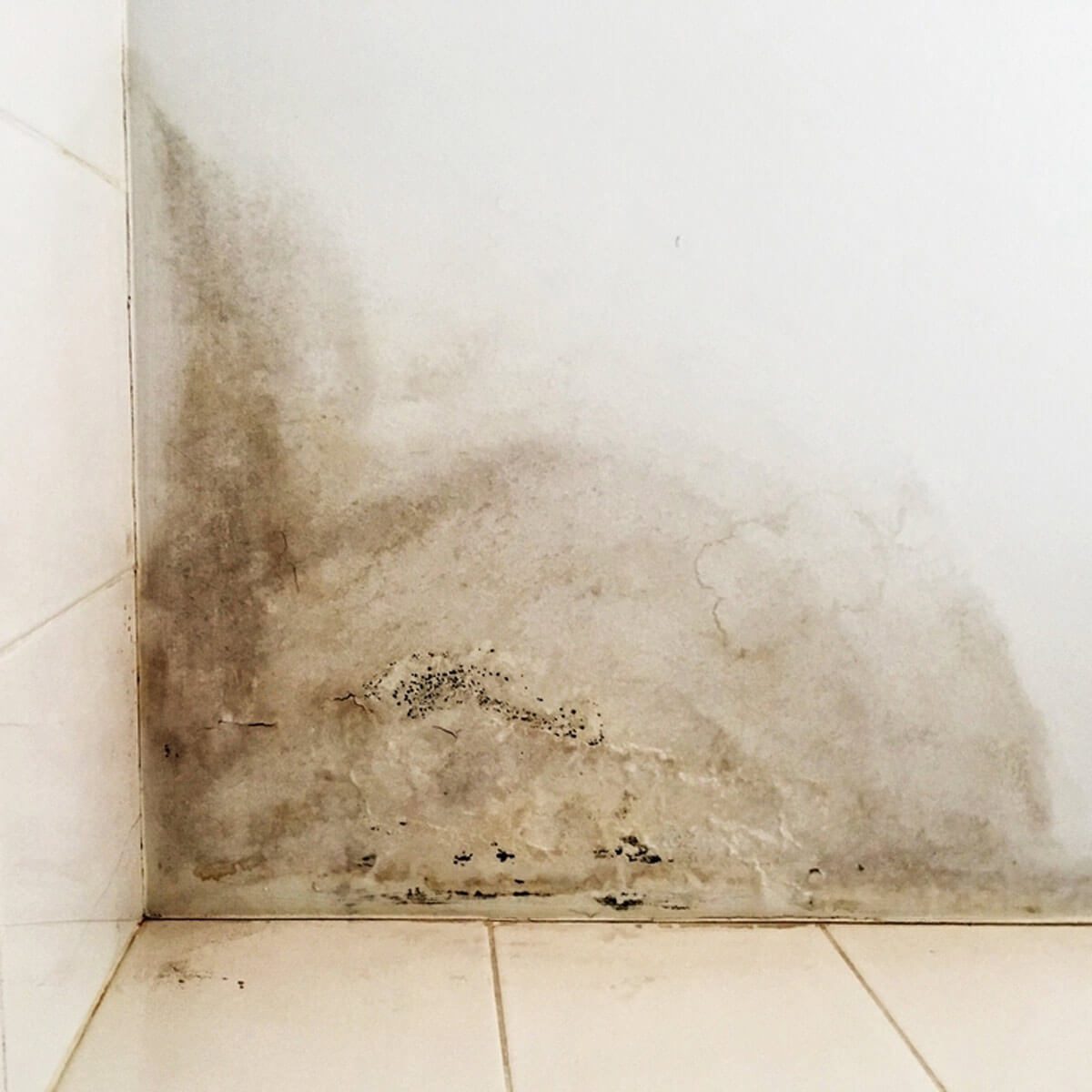 To help you stem the tide, here are 5 of the most common types of water seepage, water leakage and how to repair them by waterproofing your properties.

The signs of the seepage: Mould growth, timber decay, and a musty smell.

The cause of the seepage: Poor subfloor ventilation, water pooling under the house, blocked vents. 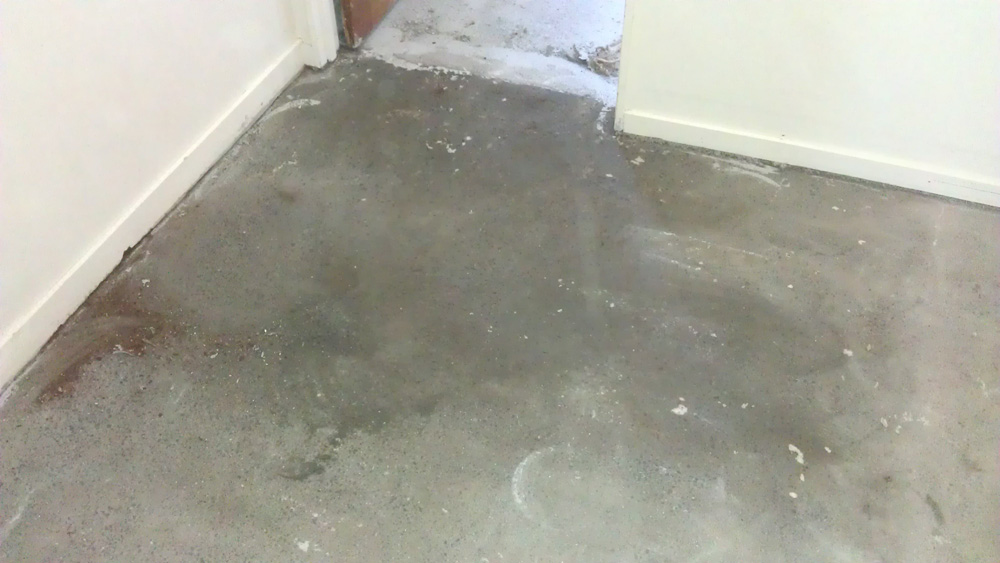 The solution for the seepage: “First, clear the subfloor of any leaves or rubbish, unblock any vents that may be covered, and check your gutters to make sure water isn’t pooling under the house,” says David Lakes, director and builder at Lochbuild. “Then use a moisture meter, or ask an expert with experience in the sort of home you live in for advice.”

In a best-case scenario, dehumidifiers or low-voltage damp rods in wardrobes can improve the damp, suggests David. If this isn’t enough, subfloor ventilation such as fans can help. “Extra airflow under your property will help – but not fix – a structural timber member if it’s in contact with a leaking tap, groundwater or rising damp.”

The worst-case scenario: “A damp concrete slab. It’s much harder to get to the underside of a concrete slab than timber,” says Larry

2. Water coming in from balcony

The signs of the seepage: “Internal and external water stains, problems closing balcony doors and windows due to swollen wood, cracked or missing grout on the balcony, and disgruntled neighbours below you.

The solution for the seepage: “To reduce immediate damage, put towels or buckets down to catch water,” says Larry. “If you’re in an apartment, it’s best to contact your strata company – trying to waterproof balcony yourself could risk voiding any warranty.”

Worst case scenario: Never leave balcony issues to deteriorate. “Decay can spread, electrical systems can be damaged, and in a worst-case scenario, the balcony could collapse.”

The signs of the water leakage: Water stains appearing on ceilings or walls, along with mould and puddles on the floor. Remember, if you have electrical wiring in your attic or ceiling, this situation could become dangerous. 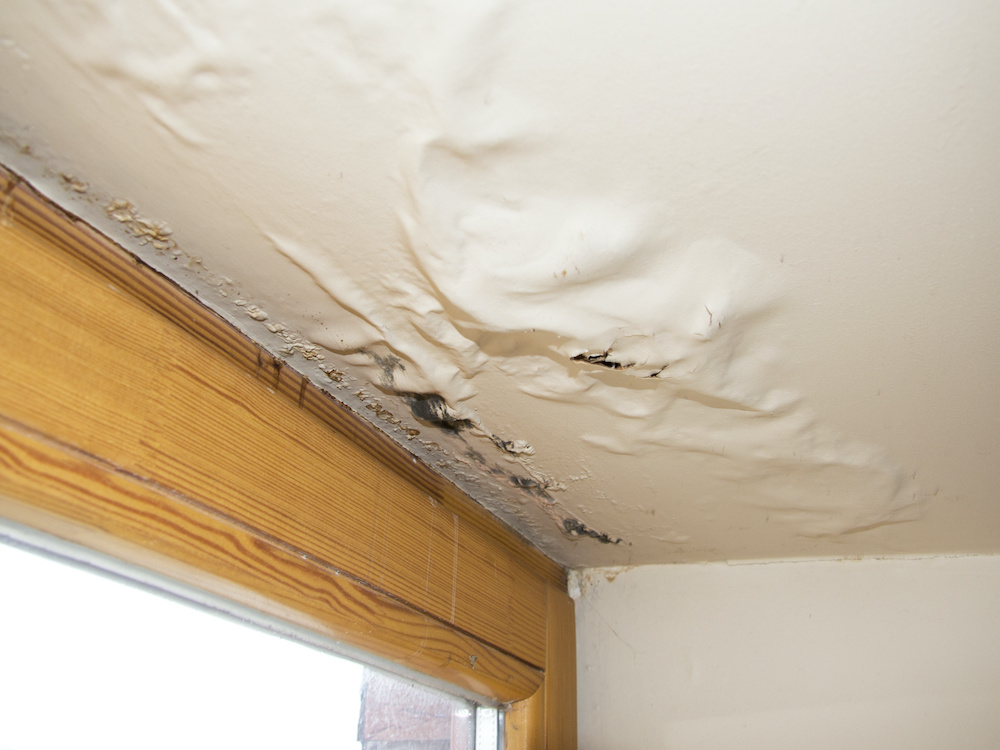 The cause of the leakage: “No roof maintenance, blocked gutters (box gutters get blocked especially easily), a difference in metals on the roof, which causes corrosion, or punctured or poorly installed sarking under a roof,” says David.

The solution of the leakage: You need to work out where the leak is coming from, which can be much easier said than done. “Look for any big, wet area in the roof space,” says David. “Divide it up and test each area with a hose one day at a time to find the leak.”

The best-case scenario for a leaking roof is a tiny hole, which is often caused by penetration from a roof vent or plumbing. “Use a silicone sealant to temporarily fix it until you engage a professional,” says Paul. “Replacing or repairing existing flashing usually helps, but every roof is different,” says David.

Worst case scenario: “The worst-case scenario is a leaky roof that’s been ignored – it makes the repair and roof waterproofing harder and more expensive.”

The signs of the water leakage: Damp patches on internal walls or ceilings, water collecting around the base of the building, stains and moss on walls, deterioration to masonry.

The cause of the leakage: Gutters not being cleaned and badly angled guttering that doesn’t allow the water to flow away.

The solution of the leakage: “Clean the downpipe connected to the gutter,” says David. Then test the “fall” of the gutter by pouring a bucket of water along it – if it isn’t enough, the water won’t flow away, but if it’s too steep, the water will overshoot. “If this is the case, take it off and refix it,” says David.

“It’s a great result when simple maintenance solves the problem. Worst-case scenarios are often caused by the environment the property is in – I worked on a house surrounded by fig trees that kept clogging up the box gutters and flooding the house. The roof had to be redesigned and reinstalled.”

Top tip: If you’re installing new guttering, add in some safety precautions. “Leaf guards and foam water stops under flashing cost a bit more but might save you some heartache in the long term.”

The signs of the water leakage: “A water level higher than normal when the loo flushes, a shower that doesn’t drain freely, a gurgling drain or a sewer smell indicate poor drain and pipe health,” says David Conroy, plumber and owner of Sydney-based company The Lone Drainer And Pronto.

“These can result in serious leaks.” There are other signs as well. “Damp walls and ceilings, tiles falling off the wall and drops of water on light fixtures can show problems with the waterproofing.” Paul adds.

The cause of the leakage: “Eighty-five per cent of blocked drains are caused by tree roots in the pipes,” says David Conroy. “The rest is hair, sanitary products, baby wipes (they don’t break down like toilet paper), toilet deodorisers, and, believe it or not, toys and underwear.” If a bathroom isn’t waterproofed correctly, gravity takes charge, and water finds its way down through a weak point in the floor, walls or gaps in the sealant.

The solution of the leakage: Fixing grout or sealant yourself can help, but it’s worth getting a specialist to analyze and repair your bathroom waterproofing. “Failed waterproofing can cause rotting substructure, bathroom floor collapse or severe water damage to structures below, so you’ll need professional help,” says Paul. “Most of the time there’s no best-case scenario – failed waterproofing requires a complete strip-out of the bathroom and installation of a new waterproofing membrane.”

When it comes to pipes, “know where to shut off your water supply, then phone a reputable plumber,” says David Conroy. “In a best-case scenario, a speedy repair is done by knowing where your pipes run. Quite often, access is under driveways, paths and gardens.”

Worst case scenario: The worst scenarios are in multi-storey buildings where access points are built in without any thought to maintenance, which means you’ll need new tiles once the pipe’s been sorted.”

Our services specialize in commercial clients in Singapore with a team of professional technicians and specialists, together with free consultation and estimation and using quality materials for repairing and waterproofing services.