In Singapore, when it comes to building design, it’s a forgone and obvious conclusion that one of the goals is to keep the outside out and the inside in.

The challenge, of course, is that Mother Nature plays by her own rules, and many times the outside doesn’t stay … well, outside.  Elements like wind and water batter a building, temperatures swing from freezing to baking and back again and, let’s not forget to mention, the unforeseeable events such as earthquakes and fires.

Each of these forces causes your expansion joint systems to perform. Whether it’s accommodating the everyday movement from thermal expansion caused by temperature shifts or compartmentalizing a raging fire to prevent the spread of deadly smoke and flames.

Your expansion joint systems play a vital role in your building’s health, so we think it’s only right that you know what they’re up against. These are the three main elements that impact your systems.

Was your first thought “rain”? Mine was too.

And while that’s correct, we also have to consider:

From that perspective, there is A LOT of water in buildings that could potentially find themselves draining into the expansion joints 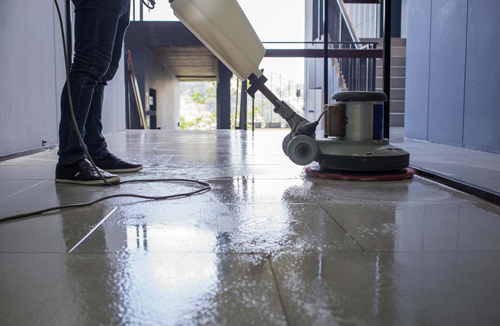 Think about a sidewalk you’ve been on that has a ton of cracks or maybe has a ledge that you tripped on because the concrete squares are no longer level.  Maybe it looks like this: 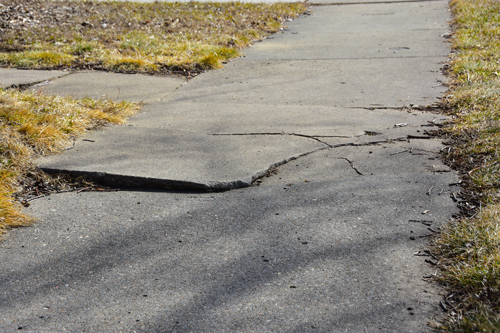 When the temperature changes, building materials change with it – expanding and contracting. This is one of the main reasons expansion joints are required in buildings in the first place!

So while we might not notice the shifting of the floors and walls throughout the day, your building’s expansion joint systems are working tirelessly.

The same goes for a super windy day when the 50 mph gusts are smacking right into the side of your building, or during an earthquake where the ground below is moving like a plate of jello – your expansion joints are working hard to keep your building in place.

Most people think of fire protection systems for buildings in the active sense – meaning systems like sprinklers and extinguishers to suppress or actually put out fires.

However, there are also passive fire protection products and assemblies that can be put into buildings to also slow the spread of fire – such as fire-rated doors, walls, and so on.

An often forgotten passive system is the expansion joint fire barrier, which can also play a critical role in helping building occupants safely evacuate a structure by compartmentalizing heat, smoke, and flame. 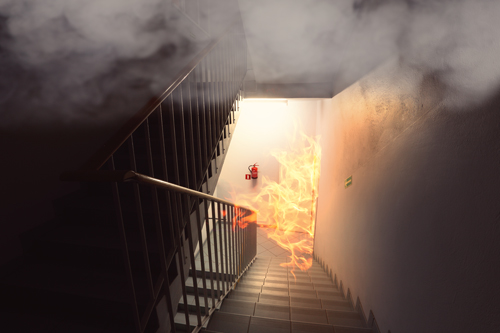 So while fire is, hopefully, not an element that impacts your building on a daily occurrence, you want to be prepared in case of an emergency.

Contact us if assistance is required in choosing the correct type of Joint Sealant or Joint Seal for your structures joints.